While browsing YouTube, as I often like to do, I stumbled upon this little treasure of a video. About breakdowns. It hit a nerve even though my own is now almost past tense. I say almost because I have not yet resolved all of the issues which threw me into it in the first place. But I like to think that I’m well on my way. Which is probably the reason I can start to appreciate the hidden benefit of breakdowns: the call to healing.

My downhill ride started four years ago when my marriage began to show more signs that it was beyond repair than it was still mendable. What followed was a long fast steep drop into ever darker holes of despair. Our separation, then my burnout, then my father dying. Looking back I wonder how I even survived. At some times in between I seriously didn’t know if I would.

Don’t get me wrong. I never contemplated suicide. I don’t think that’s in my arsenal. But at times it felt so indescribably painful, unbearable and horrible that I just didn’t know how I was going to make it through the next day, the day-to-day duties, work, or even just getting up and out of bed.

I can tell now how bad it really was by looking back. From today’s perspective. At some intersection of it all I managed to find a way out. An exit that I didn’t even know was one when I took it. It was a road to healing. A therapy. A break from my old toxic way of living.

So many things I have changed since. Starting by becoming ill and as side-effect getting a much needed break from a totally exhausting and ever-demanding job. It gave me time not just to recover but also to think. And even though I haven’t come to a final conclusion yet with regards to what I want to do to earn my living in the future, I certainly have taken important intermediate measures that allow me to get better. 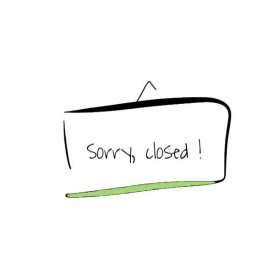 I’ve also addressed a whole range of emotional issues that, as I now know, had been lingering unresolved for decades, eating up loads and loads of energy that I would have needed for myself. The past can have a way of weighing you down in the present. I have learned that there is no way of being free in the now without first unloading some baggage of the past, preferably the most heavy one.

When my father died we managed the miracle of making peace with each other in the most twisted chain of events, and even though his departure caused me so much sorrow and grief, the way of our parting smoothed out the heaviest creases in our once so ruffled family fabric. It somehow somewhat healed my childhood hurts in retrospect, giving the saying ‘It is never too late to have a happy childhood’ a whole new meaning.

And now with my ex and I well on our way towards divorce I can feel this part of my past drop away too. It took me years to muster the courage to face this final step of our joint venture. But once I did I started feeling better. Still regretful and sad. But also relieved that I gave myself the chance for a new beginning, eventually.

There is so much in the video that I can relate to now. If you had told me two, three years ago I would have told you to shut the f*** up and make all of this mess just disappear. Now, though, I wonder whether this mess was really not a blessing in disguise, a really ugly one, but still. It was an opportunity, a call, to sort out my life. And maybe start living truly for the first time ever. Leaving behind outdated scripts. Old patterns of behavior. And all that which wasn’t truly meant for me.

I hope it will be worth it. In fact I already feel deep inside that it will. Just the simple fact that I’ve started to enjoy myself more again. That I feel optimistic about the future even though I don’t know what it will bring. I feel more healthy than I have in long time. And maybe, just maybe, I will be truly happy again. Sometime soon.

12 thoughts on “Closed for repairs”

I'd love to hear your thoughts Cancel reply